The garden works started on the Magdalen Tennis Club in Wandsworth on Monday 17th September.  I designed the garden, reception area and hard landscaping around the tennis courts and Adam North of Eden Landscapes is doing “the build”.  At the moment we are just into very heavy clearance but I’ll post photos as it develops.  Orginally the ground was tarmac with some cheap paving which was becoming unstable and cracked.  The design is incorporating much softer evergreen planting and we are using Kashmir Grey paving  from Silverlands which is a light grey indian sandstone.    This is what it looked like and more photos will appear as time goes on: 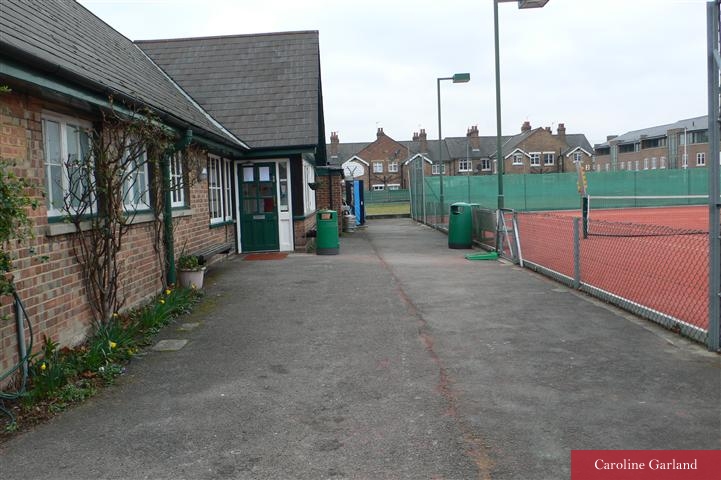 Heavy unattractive tarmac on its way out… 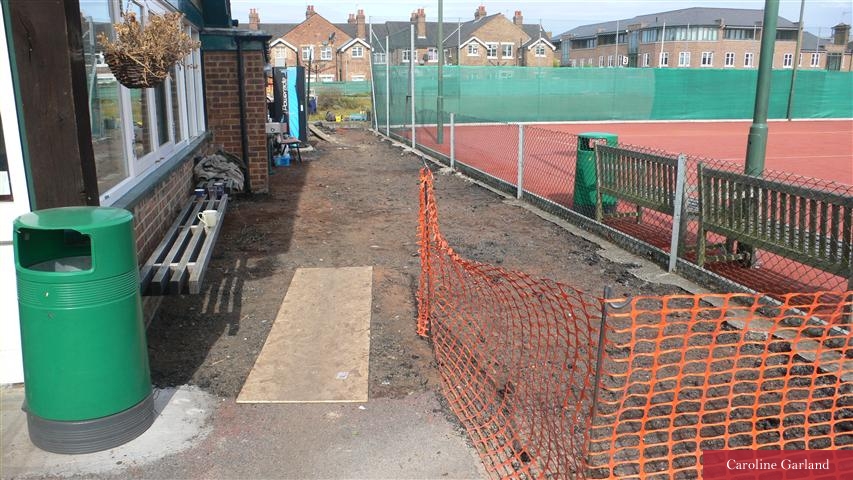 Tarmac being pulled up 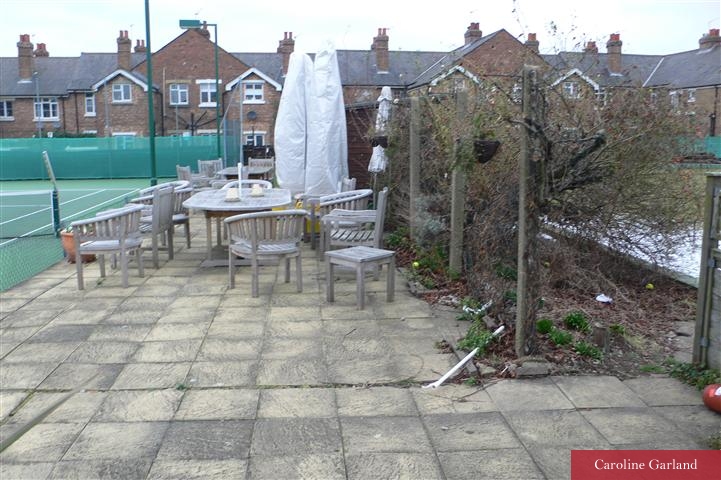 The back of the clubhouse. Hideous paving about to come up 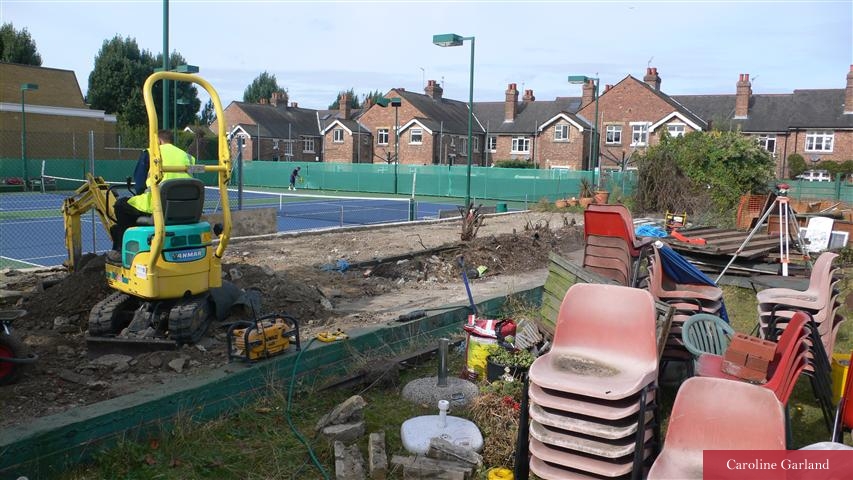 The back of the clubhouse.  Paving removed along with the shed and fencing – getting somewhere! 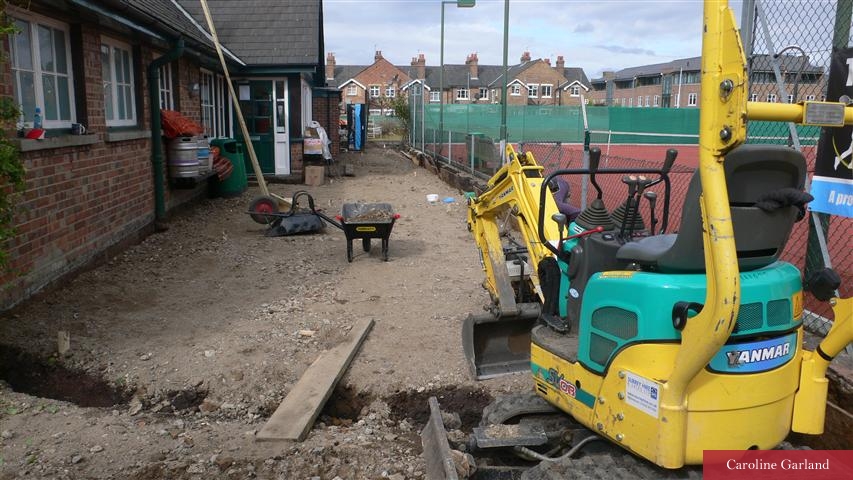 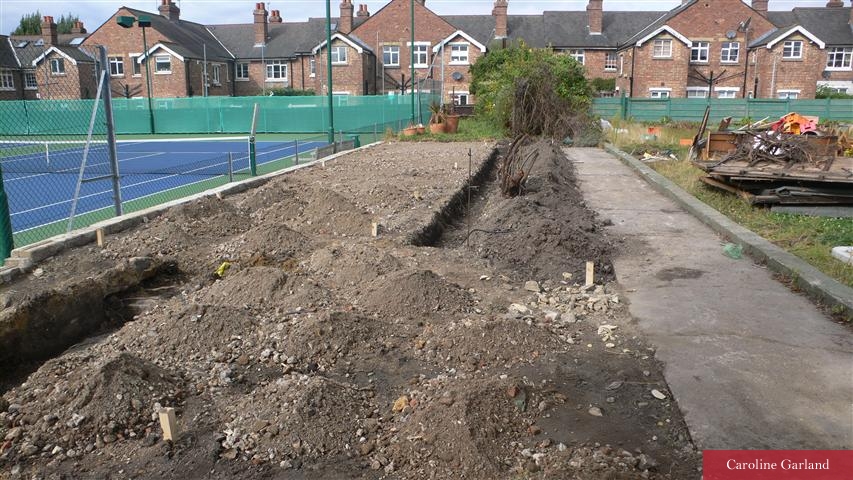 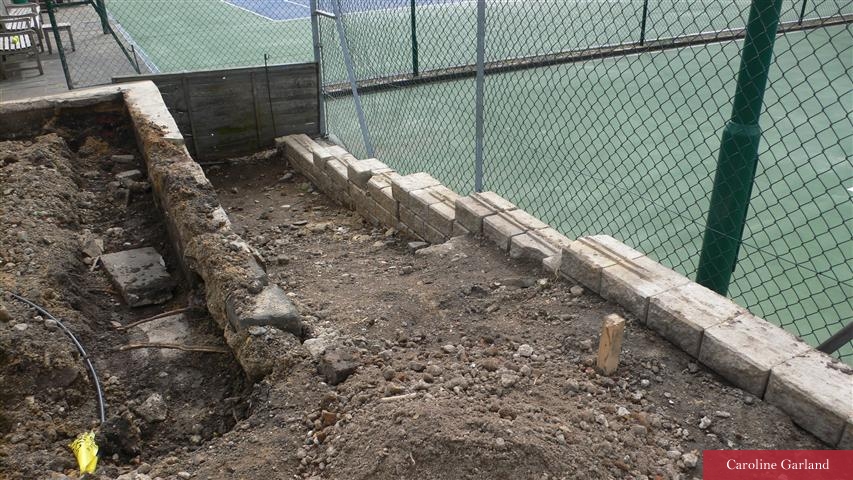 The scalpings are down and we’re now waiting for the paving to arrive.  All groundworks in place! 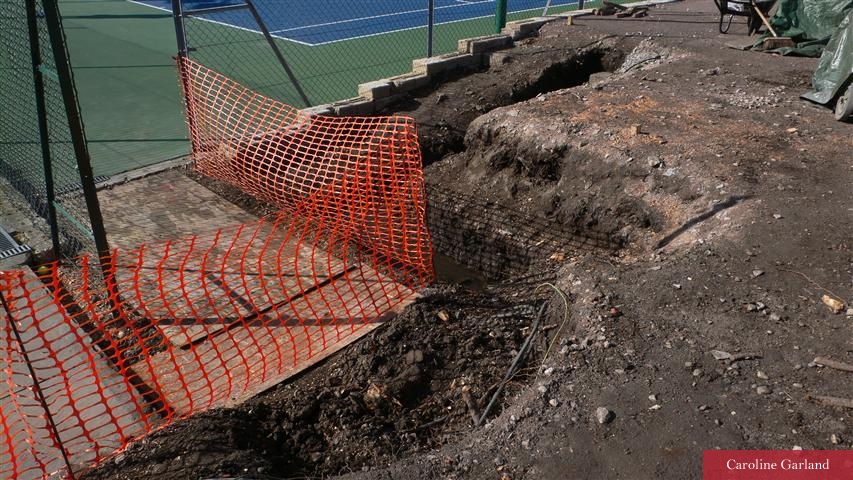 The walls and the steps were found to be unsound – all the footings and foundations were unstable so they have had to be removed. 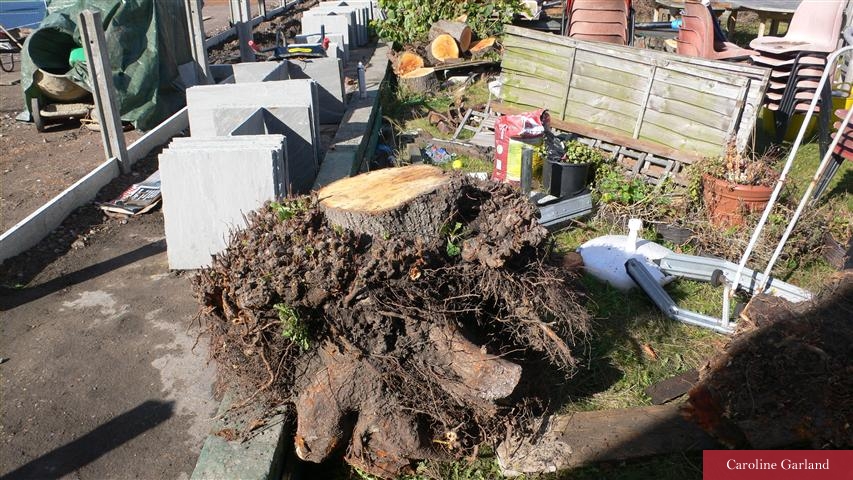 But the trenches are in for the planting, the posts are in for the fencing  and the paving slabs have arrived – big progress!   I am off to the nursery today to start to check out standard trees and hedging…

So progress is really happening now – despite the various problems here are the steps and wall forming up and any minute now we’re going to be planting! 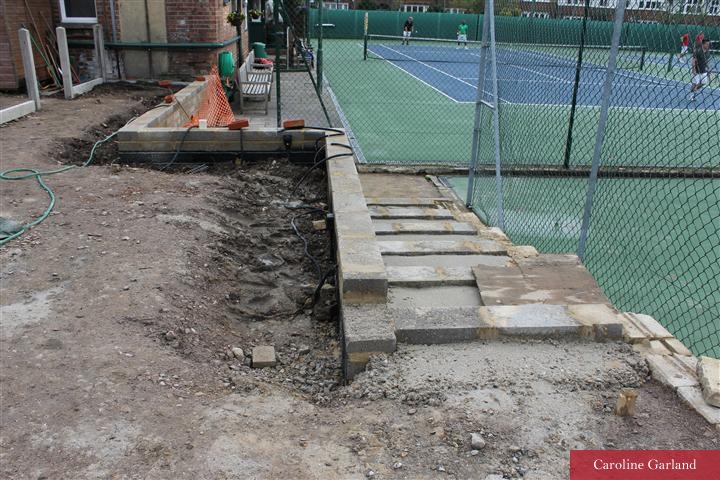 The paving has arrived!! 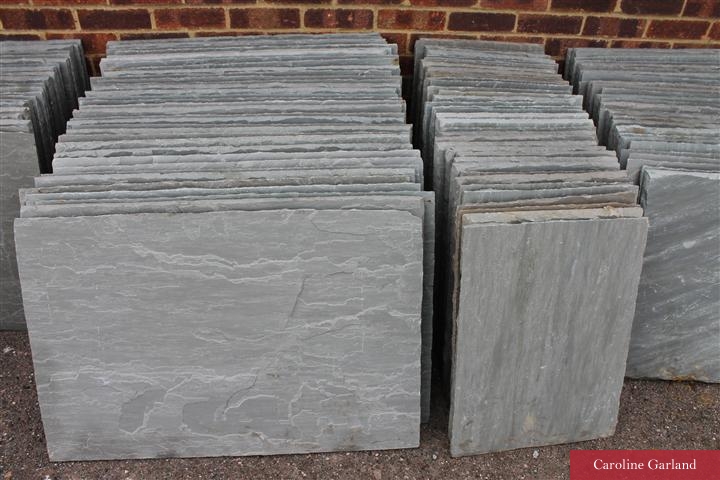 And we’re starting to lay it – looks fabulous! 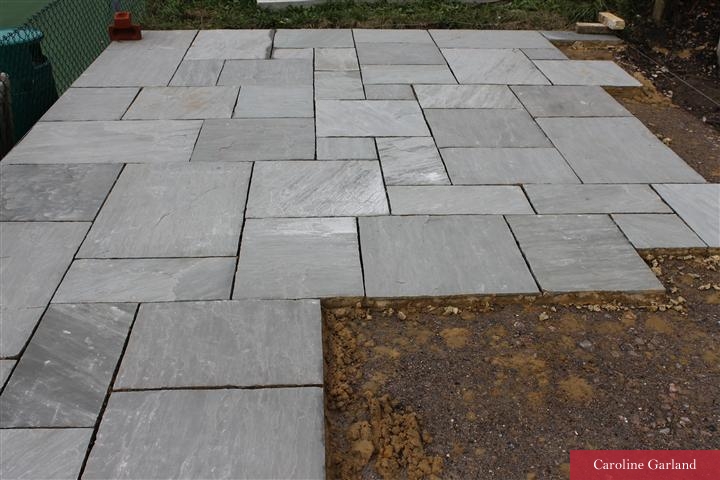 There has been a tremendous leap forward and we’re now looking pretty much finished.  Here are some photographs: 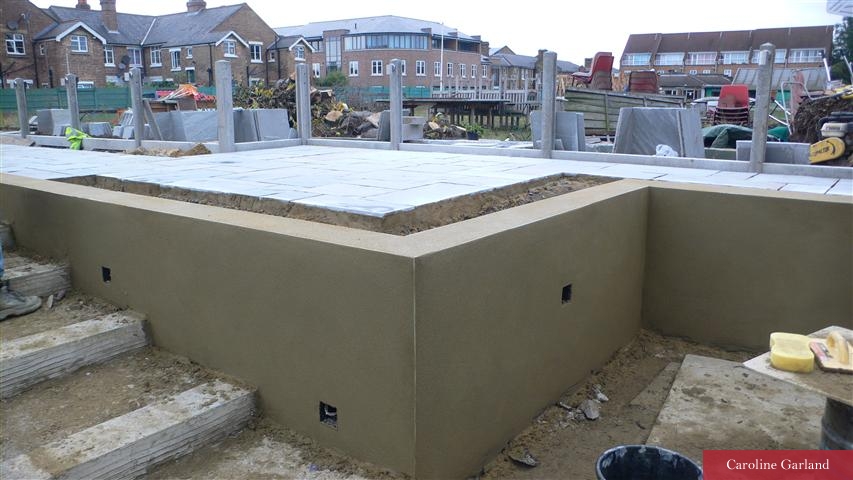 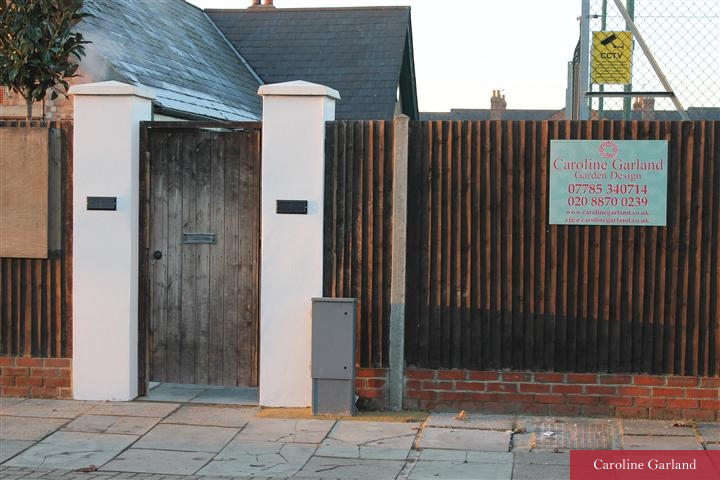 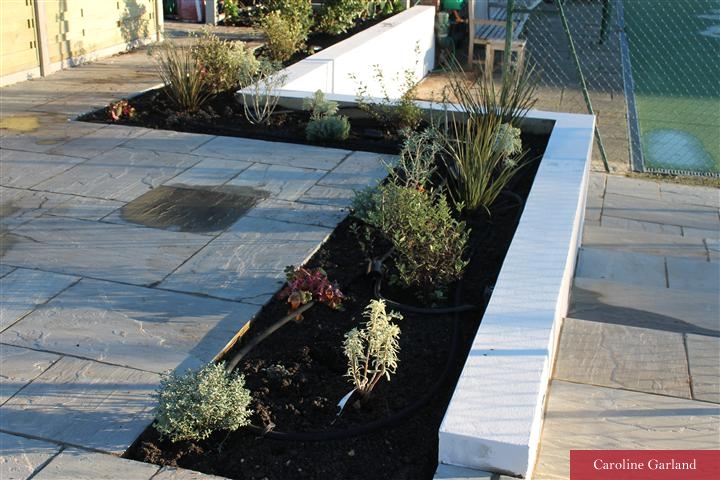 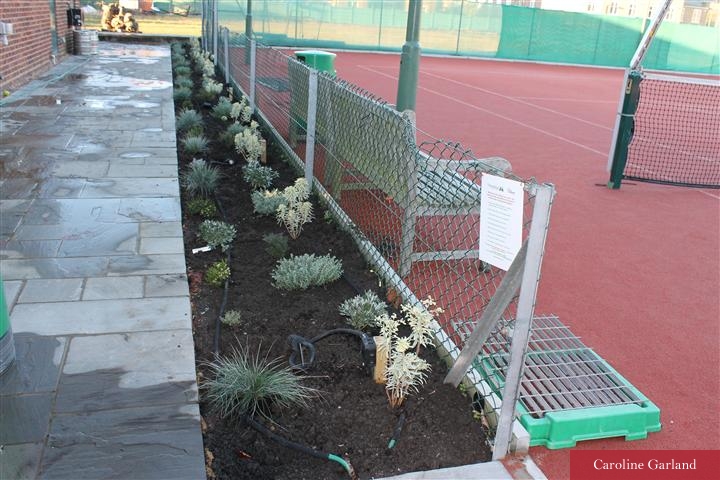 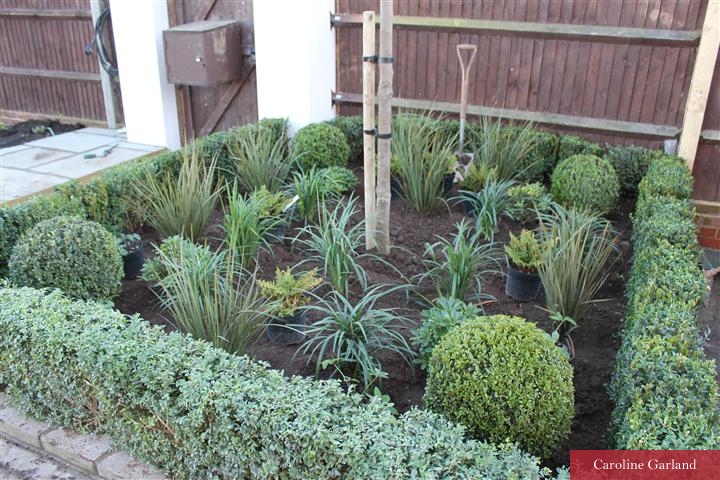 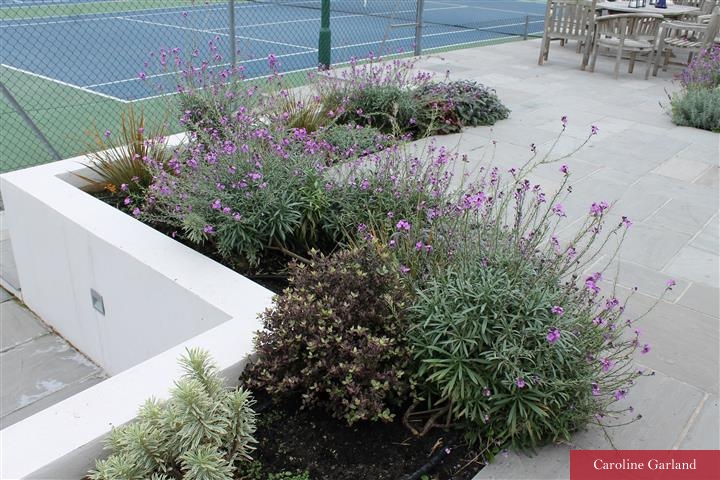 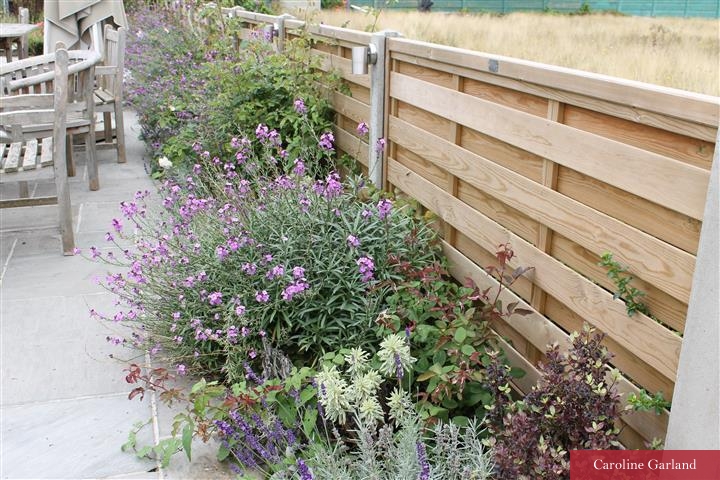 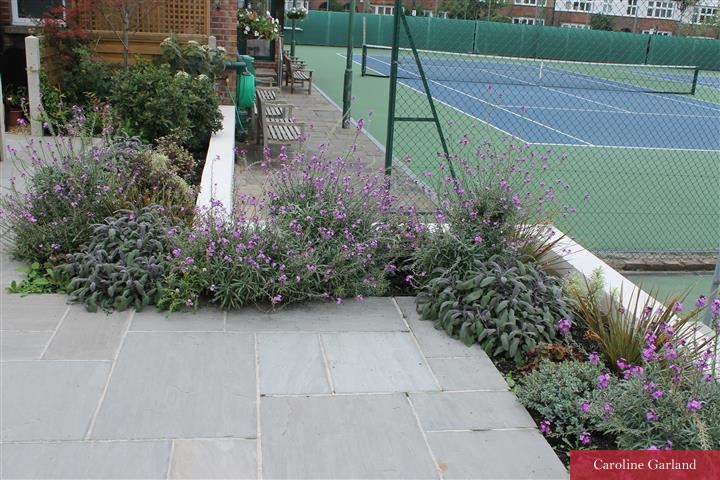 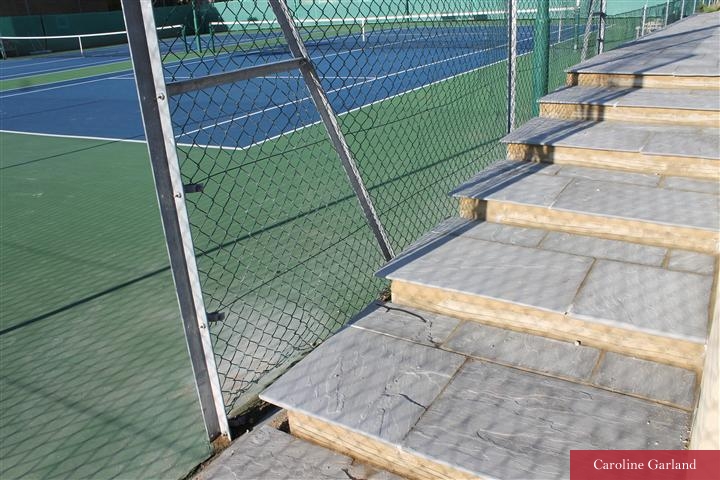