This Fulham garden was a jungle. The young married couple wanted it cleared and changed into a space that they would enjoy using – both for themselves and their small child. We decided to hard landscape it as it was a very shady garden and a lawn was unlikely to thrive. They also had an aversion to false grass. So we put down a beautiful limestone (jura beige) and used a rich hard wood called Sapele for all the woodworkbench, For the planting we used ferns, liriopes, anenomes, hellebores, anenomes etc which can withstand shade, but also added in stachys, lavenders, and grasses (hakonechloa and pennisetum) for the raised sunnier beds. Another successful project from Carline Garland, one of the leading garden designers in South London. 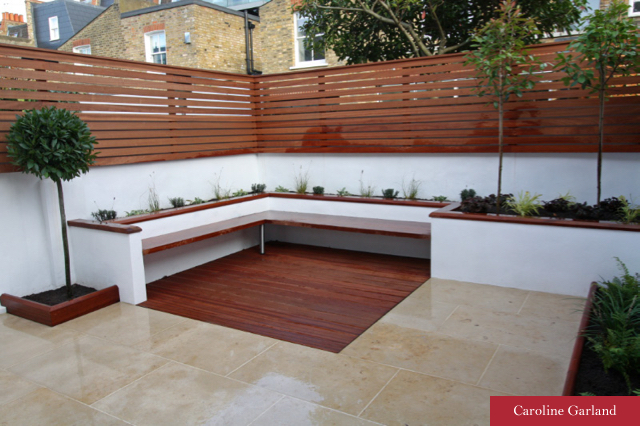 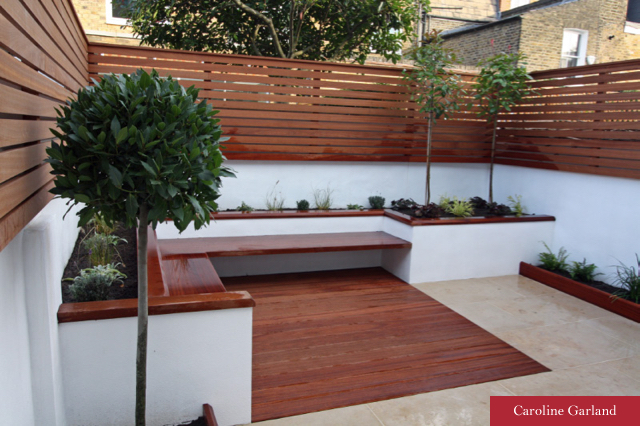