A shrub for January – Gorse! 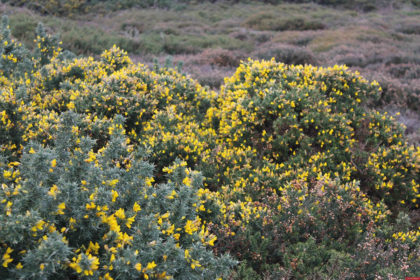 I had been thinking all this month about what should be my January shrub and hadn’t come to any conclusions,  leaving it rather late and then I was in Suffolk this week-end on the Heritage Coast near Dunwich and saw this spectacular display of gorse – with its fabulous fragrance.  This is a wonderful and underestimated plant.  It is said that there is seldom a moment when part of it is not flowering which means that there is always a splash of yellow about.  Which also means that I am cheating a bit by calling it my January shrub but I have walked on Dunwich Heath for many years and have never seen anything like the display this year.  It is however a pretty impractical shrub for the small London garden but it does have its uses – particularly for hedging or to cover areas of bad soil – see below for its peculiarities and some photos: 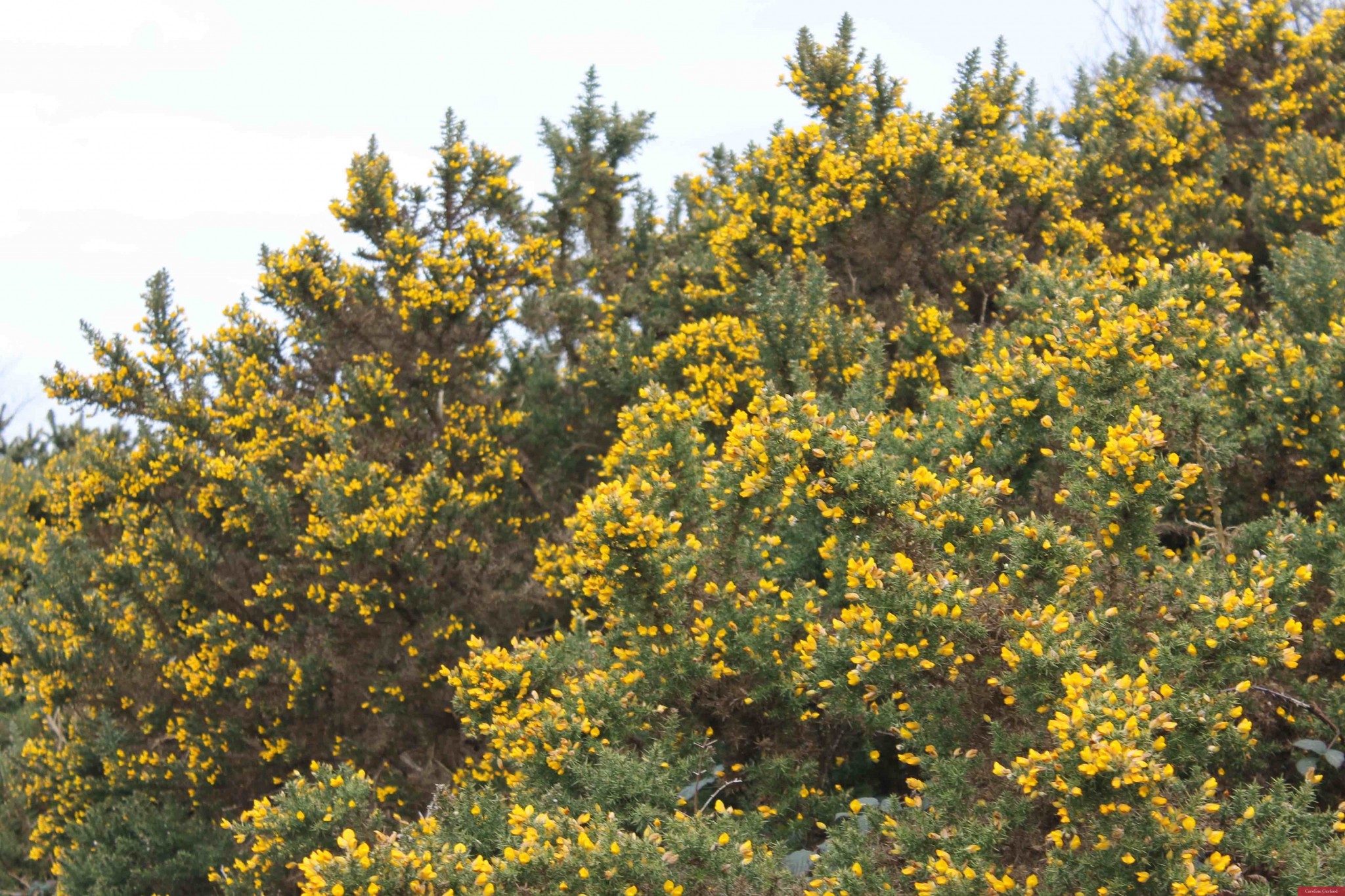 Gorse, or its scientific name, Ulex europaeus, is from the family: Fabaceae (pea, bean, legume). The common name comes from the Old English ‘gorst’, meaning a wasteland or uncultivated area.

This is a densely branched spiny shrub which grows up to 2m tall. Its leaves are up to 1.3cm long, rigidly linear and sharply pointed and its flowers are a rich golden-yellow (the colour of egg yolks), sometimes marked red at their base and the flowers are pea-like.

It has a sort of coconut scent which particularly pervades the air in the warm sunshine and is pollinated by insects.

Gorse is amazing at adapting to its environment because its sharp spikes protect it from hungry animals; its flowers attract pollinators with their bright yellow petals and strong fragrance; and its seeds pop out when they are ripe.

‘When gorse is in bloom, kissing is in season.’ There are many variations of this country saying but the truth is that gorse is never really out of flower.

It can be used as hedging – and is useful as such as it’s native, evergreen, very very prickly and has a terrifically long flowering season from very early Spring (even when it still feels like Winter) until mid Summer.

Gorse is not a fast grower (15-30cm pa) but will grow to 2.5m and is particularly recommended for intruder-proof hedging because its spines are so vicious. It’s also very good for windy, exposed, coastal sites and historically was used as a windbreak which could be cut to provide animal feed. Its dense prickly nature provides good wildlife shelter. Whilst Gorse hedges will tolerate alkaline soils, it’s particularly good on acid soils.

The flowers produce a beautiful yellow dye, can be preserved in vinegar and eaten like capers, or added as a flavouring to spirits