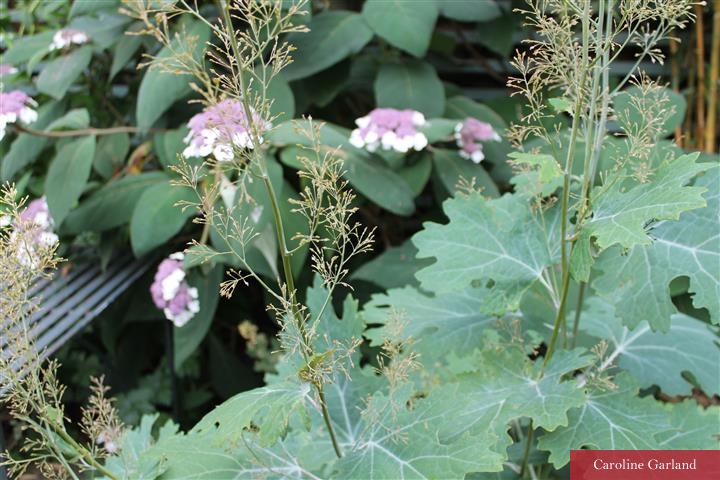 Macleaya are large herbaceous rhizomatous perennials with handsome palmately lobed leaves and large airy panicles of tiny flowers.  They tend to be rather underestimated but their leaves are so soft and sagey green that they fill the back of a border splendidly (not minding a bit of shade), giving a different green in amongst all the others.

It likes full sun or partial shade and will work well in all aspects except north facing; for the best foliage provide shelter from cold winds. It is best in a deep, moderately fertile soil that is moist but well-drained; but will tolerate most soils. It needs plenty of space and can be invasive in a sandy soil.  It reaches 1.5 – 2.5 metres in height and 1.5 – 2.5 in spread.

Looks good in flower borders and beds, can be “architectural” but works equally well in a cottage or informal garden.

It looks particularly superb coupled with Hydrangea aspera subsp. ‘Sargentiana’ which I have also written about. Also plant with Euphorbia characias ‘Silver Swan’.