Marina Christopher holds a ‘Plantsman’s Day’ on the last Wednesday of every month from April through to September and I went along yesterday with my garden designer friend, Rhianon McGeoch in the pouring rain!!  Marina gives a lecture on arrival (after coffee etc) on a given subject – yesterday it was ‘Blazing Glory – perennials to enhance the fiery tones and warm glow of autumn’ followed by a delicious lunch and then an afternoon of wandering around amongst the pretty unusual gardens with interesting topiary features and prairie planting.  Marina gave us a wonderful list of plants and  shrubs for this time of year detailing their colours etc amongst which were: Dahlias, grasses specifically Panicum virgatum ‘Shenandoah’ and Miscanthus and Molinea  (but then grasses would feature heavily in this list as the walled garden was designed by Piet Oudolf in 1997 – his first naturalist garden and the front garden is designed by Christopher Bradley-Hole which is also predominantly grasses).  Her palette of colours ranged from red, orange, yellow, purple through to pink and  blue: Rudbeckia hirta, subtomentosa and triloba ‘Prairie Glow’, Helianthus ‘Lemon Cream’ and ‘Gullick’s variety’, Solidago speciosa, Achilleas, Centaurea orientalis,  Calendula ‘Indian Prince’, Galardia ‘Bergundy’, Arbutilon ‘Patrick Synge’ and Aconitum ‘Monkshood’.  Also Monardas ‘Jacob Klein’, ‘Cambridge’ and ‘Squaw’ and Echinacea purpurea .   Persicaria amplexicaulis and Sedums ‘Matrona and telephium red ‘Cauli’.  Various Dianthus,  Agastache, Scabious and Chyrsanthemums. 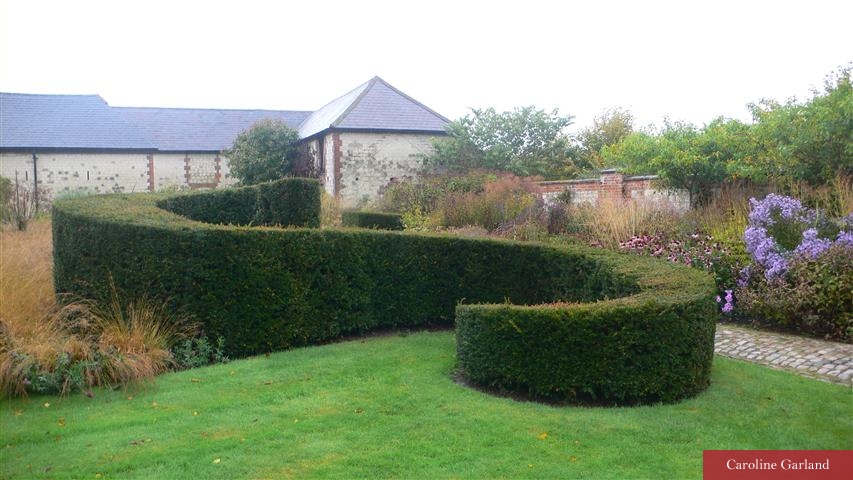 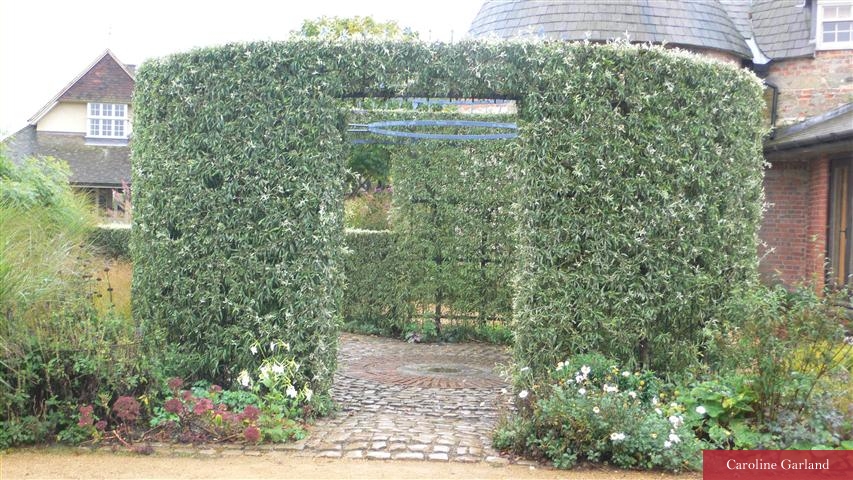 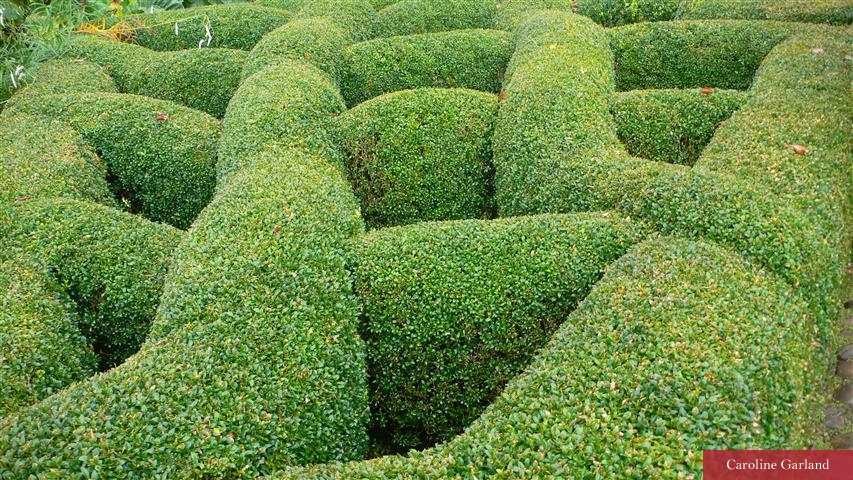 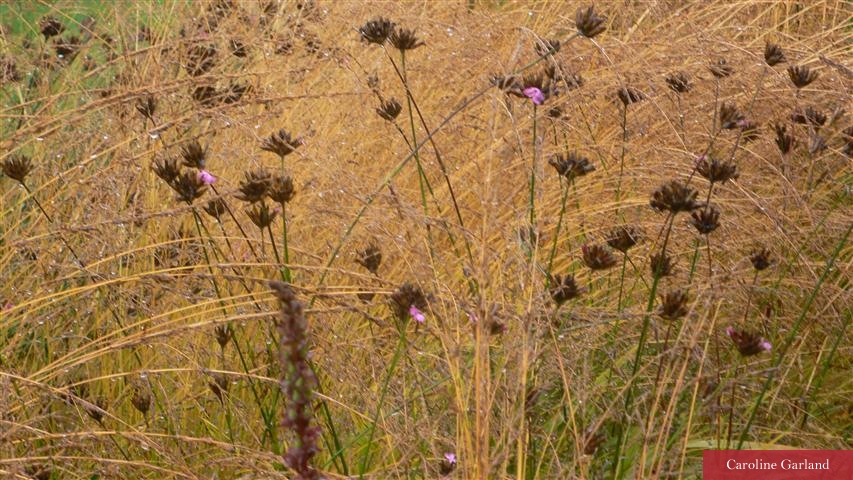 Panicum 'Shenandoah' with Rheum in the background 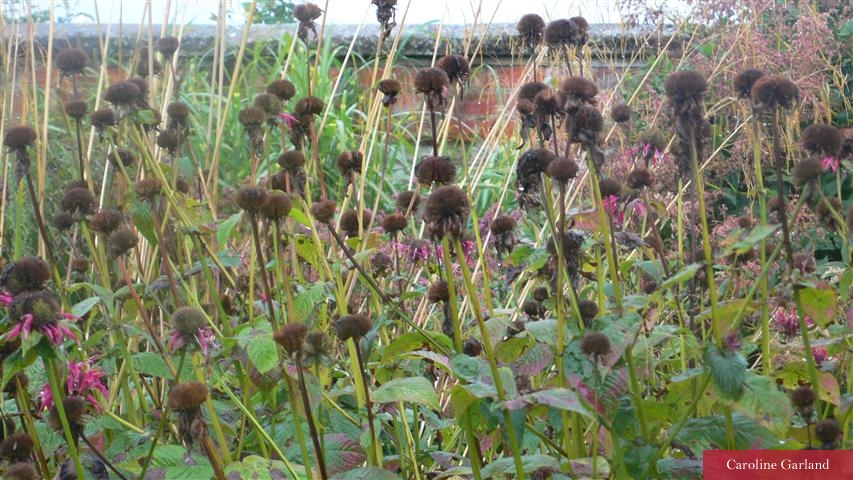 More seedheads from the Monarda flower 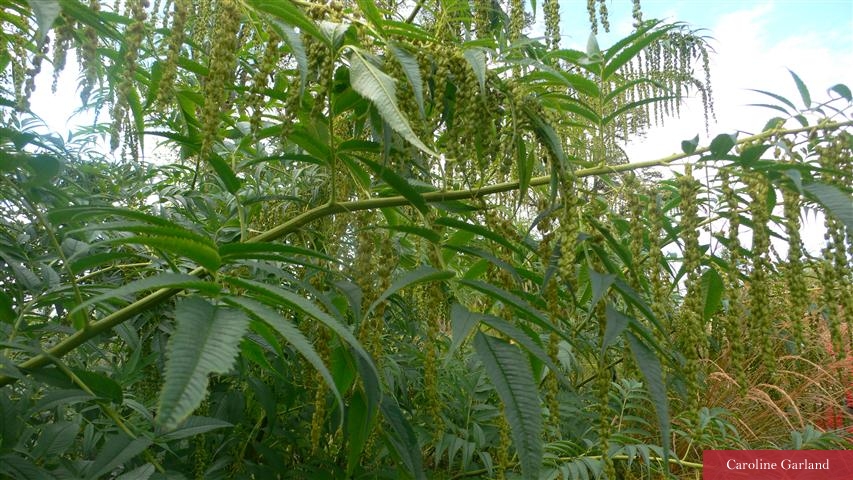