Large front garden with imposing drive:
The front garden was typically very well used as a family garden but was in need of some attention. The owners had recently built on an extension to the house and so all the adjoining garden areas were scarred from builders’ rubble and detritus. Our job was to re-design the space to make it a lovely place in which to entertain and yet still have room for the children to kick a football. They wanted a new front drive, walling, trellising, piers and gates all of which are now in place.

Small courtyard with raised beds and water feature:
It’s amazing how it’s possible to make a small difficult shaped area into a delightful entertaining space! What was a small triangular “yard” behind a new extension has now been transformed into a welcoming space with a water feature, area for Barbequing and raised rendered walls holding in flower beds and with coping stones that can be used as seating. Another successful project from Carline Garland, one of the leading garden designers in South London. 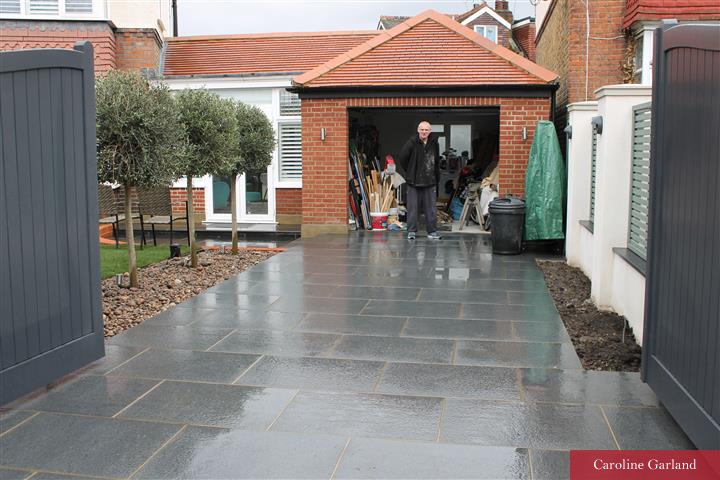 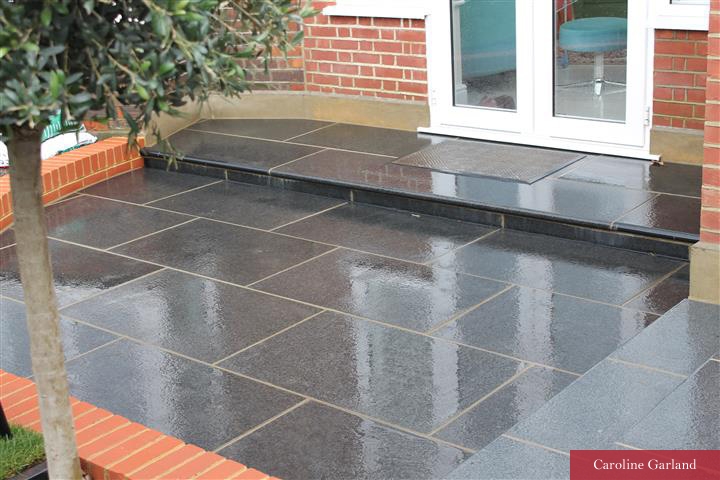 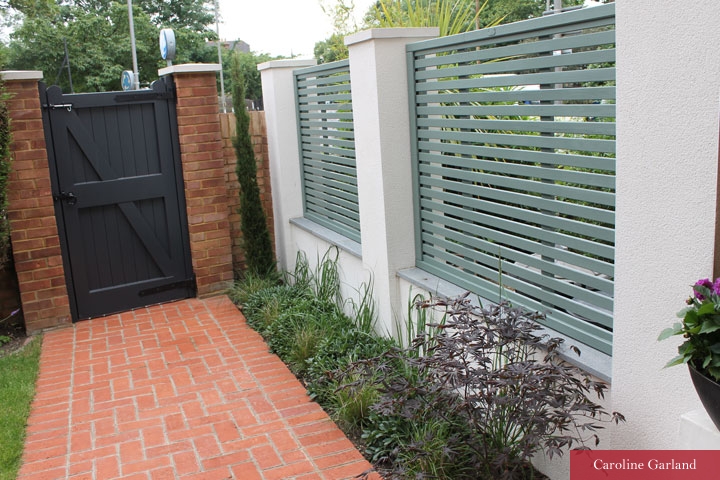 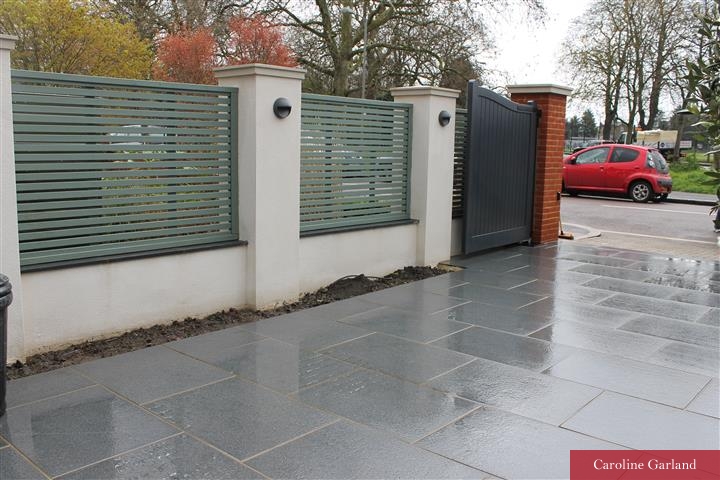 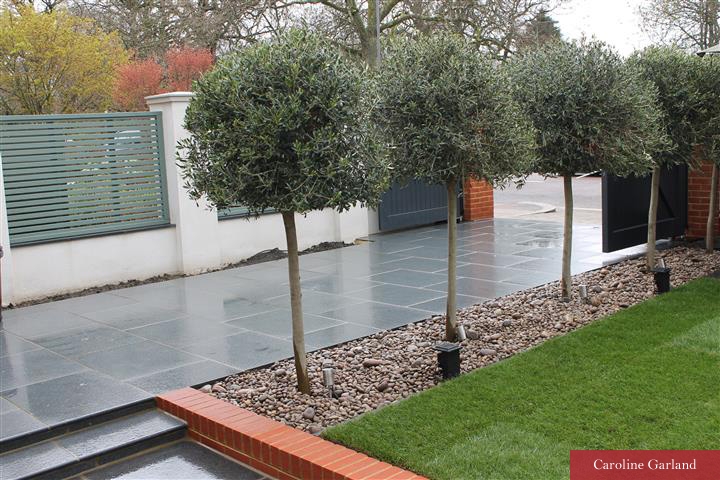 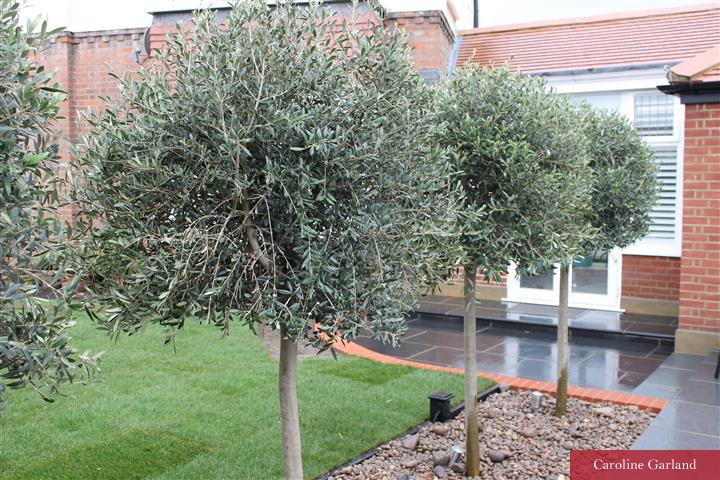 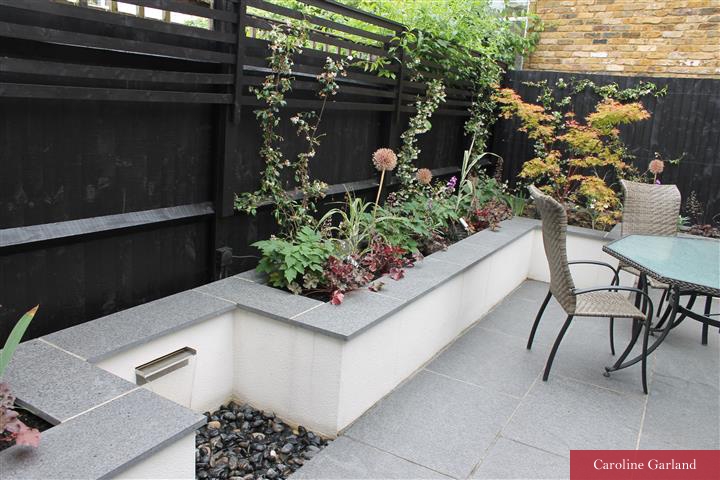 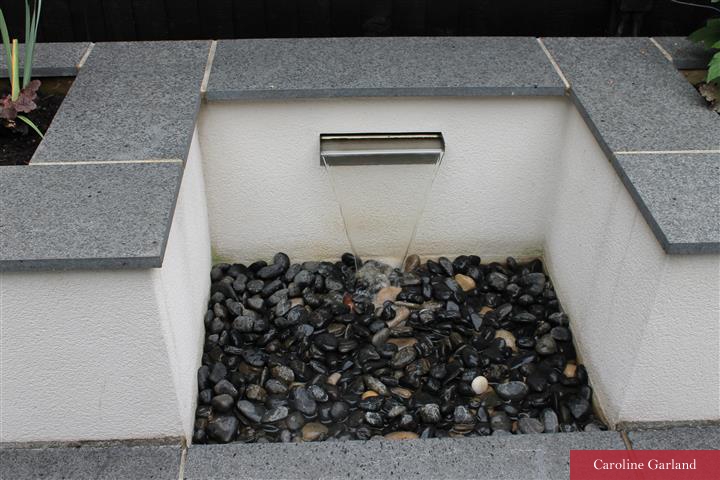 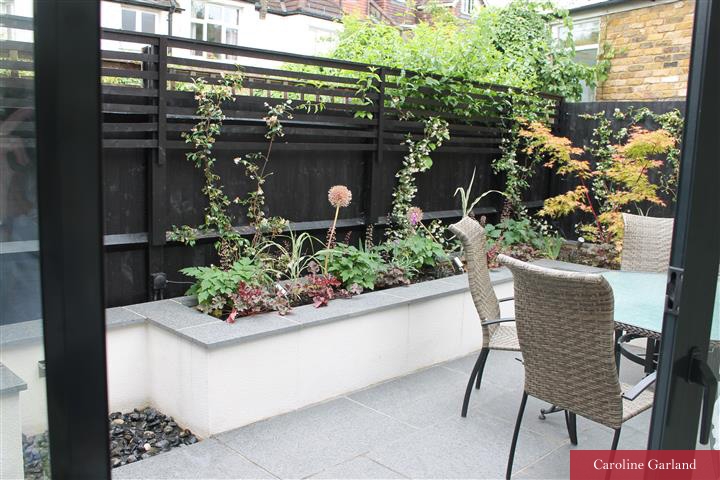